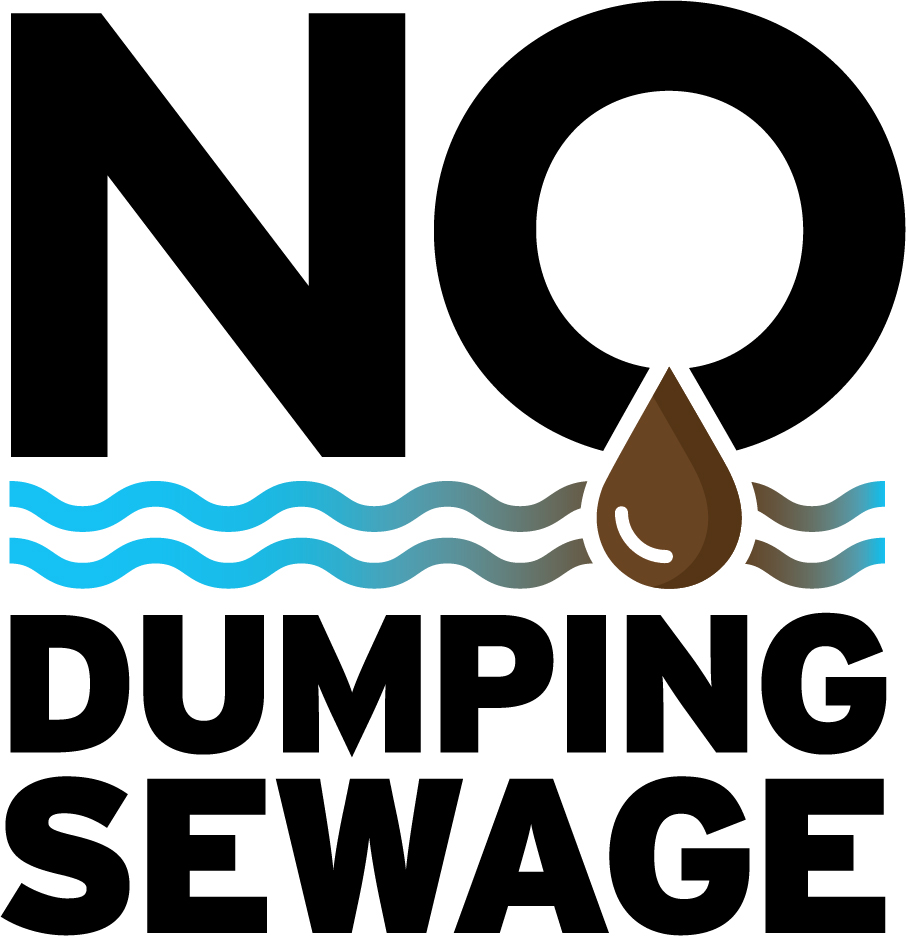 From Austin to San Antonio, the Hill Country is experiencing population growth like never before and local communities are under pressure to address wastewater (aka sewage) needs. Much of this development sits on top of the Edwards Aquifer, which provides drinking water to rural residents and recharges our springs.

At Save Barton Creek Association (SBCA), we are fighting to prevent the direct discharge of sewage into our creeks through the No Dumping Sewage Campaign. The No Dumping Sewage Campaign is an effort to protect Hill Country streams and the Edwards Aquifer from wastewater pollution. This campaign is a collaboration between Save Barton Creek Association and other groups including Greater Edwards Aquifer Alliance, Clean Water Action, and Wimberley Valley Watershed Association.

Help us advocate for environmentally-friendly wastewater alternatives that provide community benefits rather than damaging  our water with excess nutrients, bacteria and potential spills of raw sewage.

As more direct discharge permits and sewage plants threaten our waterways, opposition is growing to the polluting practice of direct discharge.  Be a part of the movement by signing the petition at www.nodumpingsewage.org.

Save Barton Creek Association has released a new report, “Pristine to Polluted: Sewage Problems & Solutions in the Texas Hill Country.” The report includes the Hill Country Sewage Scorecard, which grades all of the region’s municipal wastewater discharge facilities on how often they exceed the pollution limits in their state-issued permits. 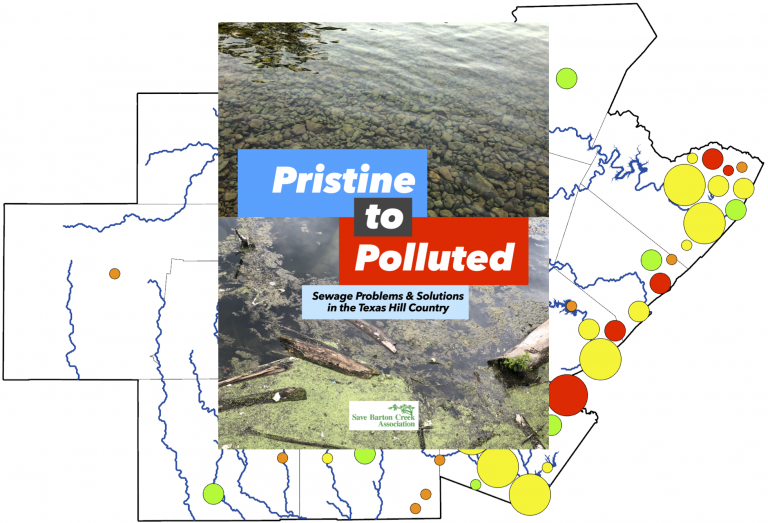 Among the report’s key findings:

• 81% of all sewage discharge plants in the Hill Country have exceeded at least one of their pollutant limits since 2017.

• The average for all plants was 8.6 exceedances, and 188 days with exceedances, for the past three-and-a-half years.

• High levels of ammonia nitrogen and oxygen depletion, which can harm fish and other aquatic life, accounted for 49% of all exceedances.

• E. coli bacteria accounted for 25% of exceedances. The presence of E. coli is a sign that other fecal pathogens are present in water too.

Sign the No Dumping Sewage Petition!
We support a ban on dumping treated sewage into creeks and rivers above the Edwards Aquifer in favor of safer alternatives. We also call on public officials and candidates to stand with us against the direct discharge of treated sewage into Hill Country streams.

What’s the problem with direct discharge into Hill Country creeks?

Hill Country creeks are some of the purest and lowest nutrient water bodies in Texas. In certain areas, water from the land and creeks makes its way into the Edwards Aquifer. This aquifer recharges quickly and is extremely sensitive to water pollution. The same polluted water from land or creek will return to natural springs and people’s wells.

Wastewater effluent (the product from a wastewater treatment plant) has undergone some treatment, but is not treated to drinking water standards and is not nearly clean enough to be dumped safely into our creeks. This effluent water contains high levels of nutrients (nitrogen and phosphorous) which cause algae blooms. These algae blooms are not only unsightly but through decomposition take up oxygen in the waterbody. The waterway may become hypoxic, causing fish and other aquatic life to perish. Algae also restricts light moving into the lower portions of the creek, altering habitat. These effects can reduce biodiversity even when a creek is not completely devoid of oxygen. At high levels, nitrogen is unsafe in drinking water, restricting transport of oxygen in the blood. This is especially dangerous for babies and young livestock. [1] Additionally, effluent water contains metals, pharmaceuticals, and many other chemicals from cleaning and body care products.[2] The full effects of these products are not yet known.

Are there alternatives to directly piping sewage into our creeks?

What is the precedent for wastewater management in the Hill Country?

Currently, it is illegal by state law to directly discharge sewage into creeks in the Barton Springs Edwards Aquifer recharge zone. However, it is not illegal at the headwaters of these creeks that flow into the recharge zone (contributing zone.) Even so, to date, there have been no direct discharges in the contributing zone but the Long Branch permit proposes to do so, by dumping into the tributary of Barton Creek.

What was the outcome of the Dripping Springs direct discharge permit?

As a result of the efforts of SBCA and the other protestants, Dripping Springs has agreed not to dump sewage into Onion Creek for the immediate future and create a Utility Commission that will help them meet their goals of wastewater re-use. A permit will still be issued but, if Dripping Springs stands by their commitments and the community continues to be engaged we are hopeful we can prevent the pollution associated with discharge.