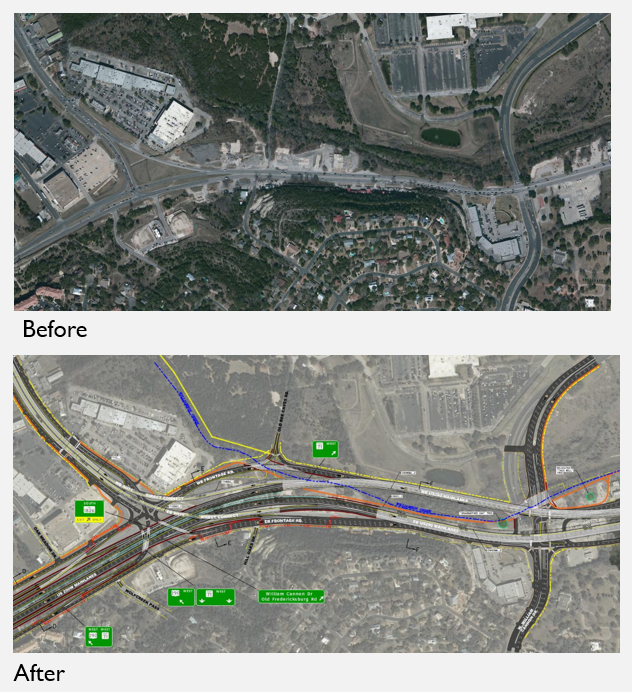 Come with us on Thursday, Jan. 31, at Austin City Hall as Council members vote on MOU with the TxDOT regarding watershed protection! Additionally, the meeting provides a chance to speak out about the Oak Hill Parkway project that would add 71 acres of new impervious cover in the Edwards Aquifer recharge and contributing zones. Parking is provided below in Austin City Hall’s garage on 163 Lavaca St.

Come with us to the Country Club Creek Greenbelt to help clear a new path with the Austin Ridge Riders on Saturday, January 19 from 11 AM – 2 PM. We will focus on removing invasive Ligustrum (Japanese privet) and cleaning up litter in the area. SBCA will provide trash grabbers, weed wrenches, and loppers. Wear pants and bring your own work gloves if you have them. This work-in-progress trail is located on S. Pleasant Valley Rd. at the cul-de-sac/dead end south of the Oltorf Intersection. 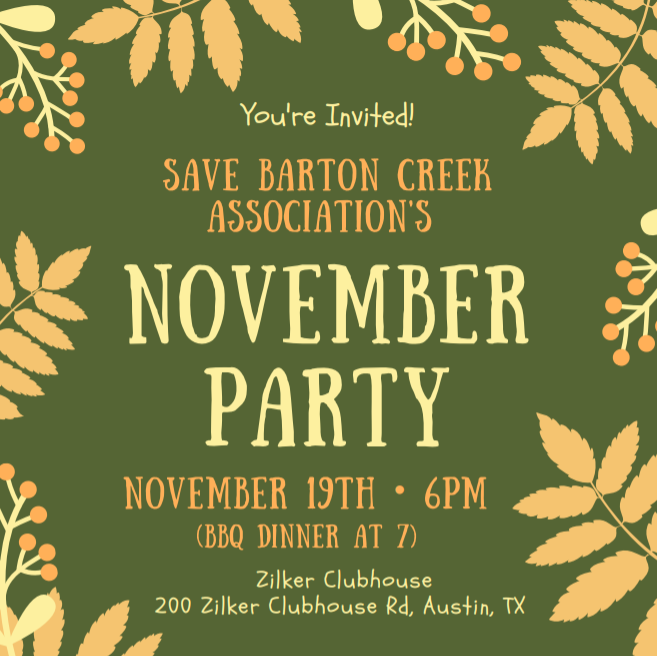 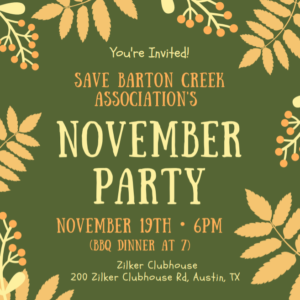 Sponsors who donate by November 9th will be listed in our annual report and will be thanked at the party.

We hope to see you at there and thanks for your continued support! 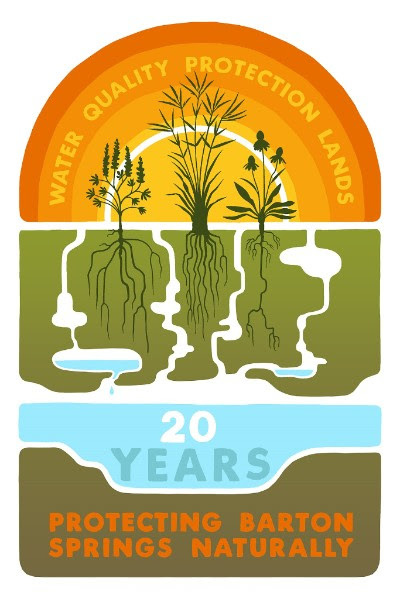 On Saturday, October 6 the City of Austin’s Wildland Conservation Division is hosting their 20th anniversary celebration from 10 AM to 3 PM in Driftwood, TX. Highlights include guided hikes, tacos, live music, and a family-friendly cave simulator. Additionally, come see the premiere of the documentary film A Wild Idea about the Water Quality Protection Lands.

Yuck! Environment Texas recently put out a report on bacteria pollution in Texas waterways. They found that  60 percent of testing sites at Austin waterways had unsafe bacteria at least once in 2017. Luckily Barton Creek and Barton Springs were not among the affected waterways–yet. Other Austin waterways like Shoal and Waller Creek were affected.

It is clear that the protections we’ve worked for in the Barton Springs Zone are working. However, a clear Barton Springs can’t be taken for granted. Urban run-off, leaky sewage pipes, and sewage spills can all cause bacteria pollution.

“Sewage plants that pipe treated effluent directly into our creeks and rivers pose a significant risk to our waterways,” said Angela Richter, Executive Director of Save Barton Creek Association. “When operation of the plant fails, and Texas has a bad record of plant failures, bacteria like e-coli can enter local creeks.”

Help us welcome Teresa Johnson to the SBCA team! Teresa earned her Master’s in Environmental Management & Sustainability from St. Edward’s University and a BS in Natural Resources Conservation from the University of Massachusetts. She has previous experience leading environmental education programming. Teresa is passionate about fostering a connection to the environment in others and believes empowering local communities is essential to sustainable conservation.