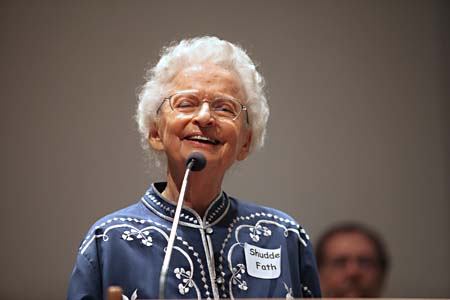 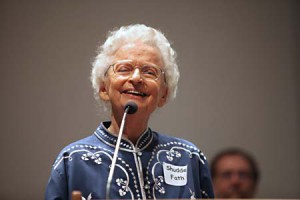 SBCA is proud to report that our own Shudde Fath won the 2009 Liveable City Liveable Vision award in the category of Environment. Shudde was a founding member of of the Association in 1979 and has served as our treasurer ever since. During her speech to the assembled audience, she received multiple standing ovations. Congratulations, Shudde!

Environment: Shudde Fath with the Save Barton Creek Association. In tireless efforts spanning 27 years (sic – actually it’s 30!), these environmental champions have worked to protect that which sustains us all – the six watersheds of the Barton Springs and the Edwards Aquifer.